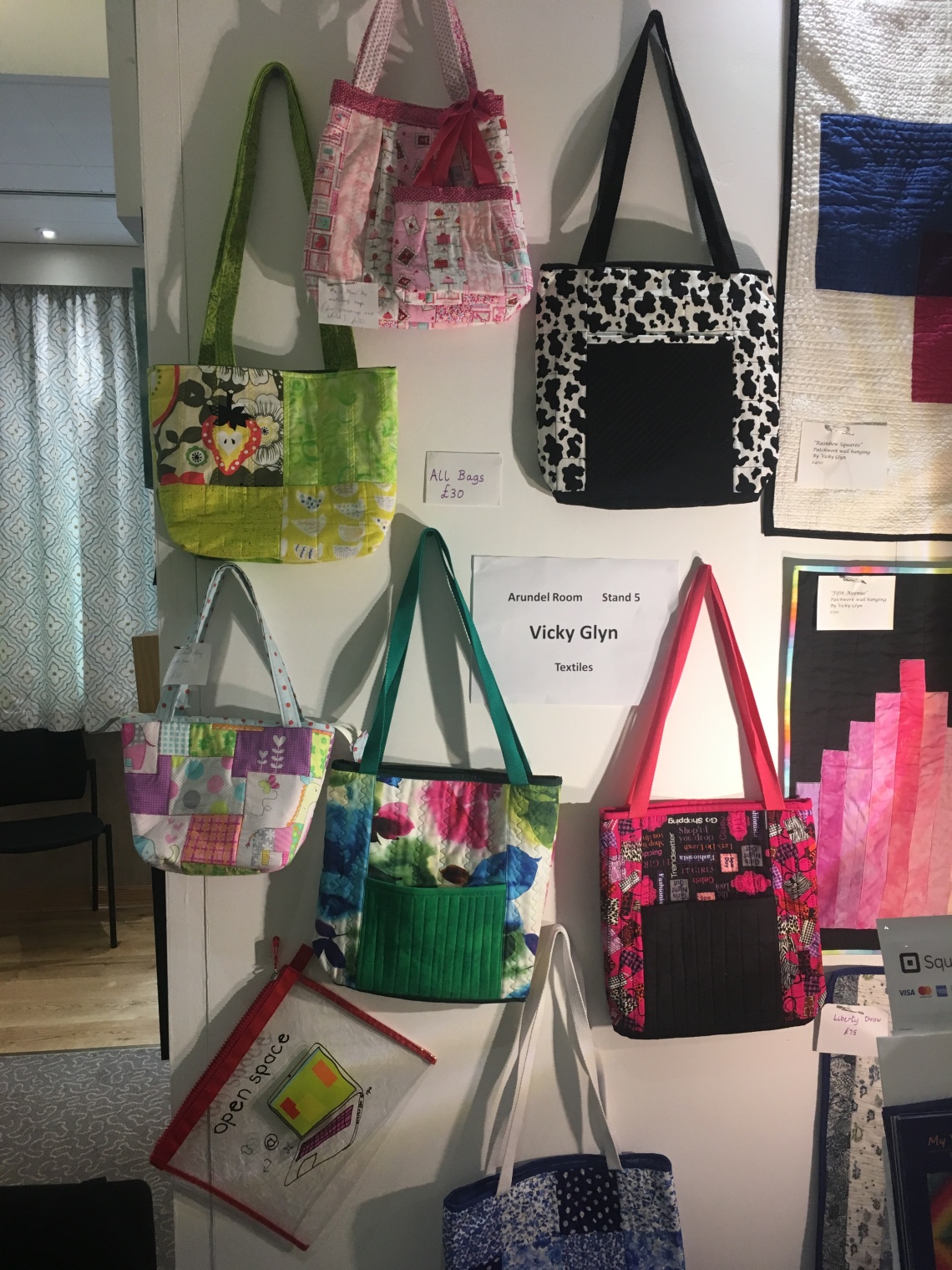 Just sold the green floral bag above, to someone in Austria. I am always delighted to sell one of my things, but miss them also! I am told it is going to be someone’s Christmas present, so I wish them joy and happy use of it. Hope it doesn’t just go into a drawer of unwanted presents…..

This quilt is called “Hope”, which I made a few years ago, and have used as my Christmas card this year.  The pale stipe in the middle is hope shining through the darker colours (more obvious on the real quilt than in this photo).  Lots of upwards and downwards diagonals, also, which is how life seems to me, very up and down.  We need hope amidst all the bad news we keep hearing around the world.  That slim strip of hope somewhere in the middle, or a tiny miraculous baby in the  midst of the gloomy political world scene of that First Century Christmas.

Babies look recognisably like their fathers in the first few days and weeks of their life.  Probably a useful biological fact to help fathers know the baby is theirs and therefore bond with it.  After the first few weeks they look like their mothers, or some other relative, or just themselves, but those first few days they are the spitting image of their dads.  In Jesus’ case, of course, of his heavenly father..  N0 wonder shepherds and wise men, prophtesses and priests in the Temple when he was presented there, and even Joseph and Mary themselves, had no trouble recognising Jesus as the amazing, holy, miraculous, kingly, divine baby that he was, as well as fragile and vulnerable as babies are.  Lots of nativity pictures and cards show Joseph and Mary gazing at their baby in astonishment as well as adoration.  What a Christmas present that was! Not just for them, but for all of us.  Better get going on my “thank-you” letter!

Well, I have finished my “Rev Sev” series, so in the new year I will be starting on a whole new series of quilts, completely different, for my  blog.

In the meantime, I leave you with a verse from a famous Christmas carol, to cheer you up amid the strikes, crowds, and preparations of Christmas time. (See, we don’t only get alleluyas at Easter):-

“Glorious now behold Him arise,  King and God and sacrifice.  Alleluya, alleluya, sounds through the earth and skies.”